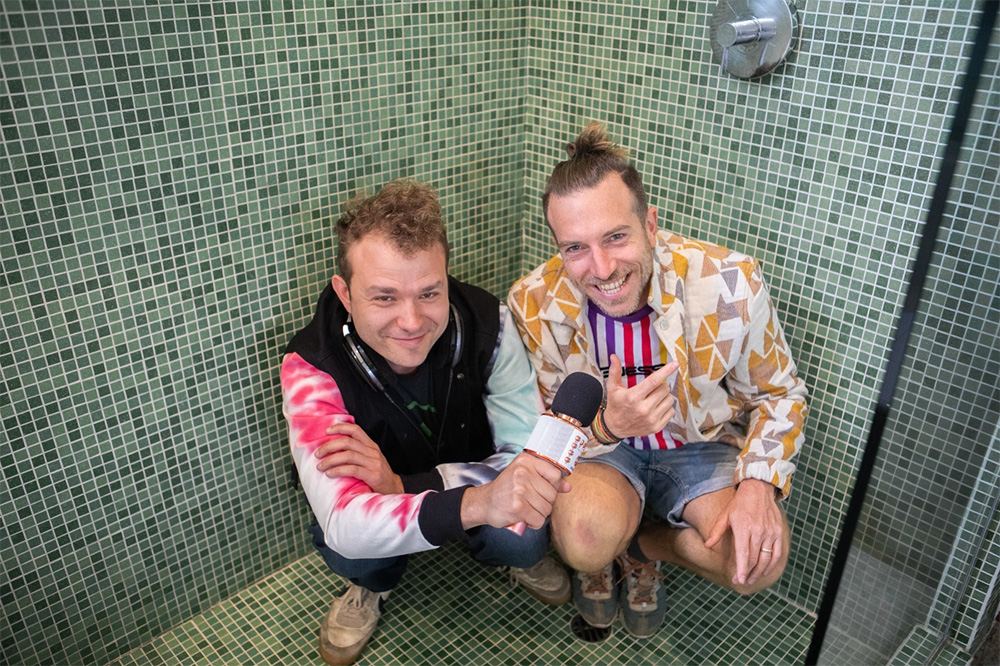 We’re sitting down with leaders on the business side of the creator economy to get their best advice for creators looking to launch and develop their careers. This week, we spoke with Stefán Heinrich Henriquez, the co-founder and CEO of Mayk.

Mayk describes itself as a song-creation “virtual studio” offering voice filters, song-writing prompts, lyric generators, royalty free beats, and editing tools to ease users along the music creation process. It is geared towards creators who have little background in music production but would like to customize royalty free music for their videos, podcasts and other content. It also offers social elements, allowing users to scroll through a short-form music feed and discuss songs with others on the app.

Henriquez told Passionfruit about the lessons he’s gleaned from working at major companies like YouTube, TikTok, and Cameo; Mayk’s music-first vision and its appeal to creators; his advice for creators using the platform; and what trends he’s paying attention to.

Stefán Heinrich Henriquez has led an impressive career, working at some of the largest creator-oriented tech companies in the game. He studied media in college and worked as a marketing manager at Google early in his career.

However, Henriquez said he always wanted to move to working with YouTube, which is owned by Google’s parent company Alphabet. Luckily, he said he landed on the “new products” team, and went on to spearhead the launch of YouTube’s paid subscription product YouTube Red (now known as YouTube Premium).

Previously, YouTube was one of the primary platforms for musicians who wanted to use social media to market their music.

“[It’s] a creator economy ‘pioneer product’ at this point, similar to maybe Patreon, on the first-wave, because it increased the money creators would get compared to ads,” Henriquez told Passionfruit in an interview. “It was still very, I would say, unfair, of how the splits would go between what the music industry gets and what [creators] get… I think I saw some unfairness and it informed Mayk.”

Following his time at YouTube, Henriquez started working in marketing at Musical.ly during its early stages. Soon, he rose in the ranks and eventually became head of global marketing at TikTok. He said TikTok’s in-app video-editing format brought on an entirely new “league” of creators.

“During the YouTube days, it was super hard. You had to learn Adobe Premiere and video-editing. And then we put a simple Adobe editor, basically, into [TikTok],” Henriquez said. “That just brought on so many more creators than before.”

In 2019, Henriquez left TikTok and became chief marketing officer of Cameo, the app that allows users to purchase video shout outs from influencers and celebrities. However, he said he began to notice most creator economy apps were catering towards visual creativity, whereas he believed there were a lot of people—musicians in particular—who don’t want to put “their face and body out there” on social media.

“TikTok took what MTV and radio was, and made it so that you almost have to be visually present and play influencer as a musician in order to make it. So we thought, okay, if that’s the case why does it need to be, and could there be a music-native platform?” Henriquez described.